How To Avoid Odometer Rollback or Fraud

All types of fraud will seek to achieve one goal – to deprive the victim of his hard earned money and make him look like one of the chumps.

Odometer fraud occurs when there is a resetting or alteration, even disconnection of a vehicle’s odometer with the intent to change the actual miles. An Odometer is said to be rolled back when someone deliberately reduces the actual reading on the odometer.

A car whose odometer has been rolled back is also said to have a reversed mileage, a type of fraud referred to as “busting miles in the United States or clocking in UK, Ireland and Canada.

The National Highway Traffic Safety Administration (NHTSA) estimated that “over 450,000 of the approximately 40 million used cars sold each year have their odometers illegally altered.”

It was further reported that odometer fraud has been a serious crime, costing Americans more than $1 billion every year.

Since low mileage is a desired quality in a used vehicle, some sellers can tamper with the odometer to deceive their buyers that the vehicle was driven less than it actually was. With this, they can sell at a high price.

Unfortunately, changing the mileage of a car has become easier than ever and has allowed for such fraud to flourish. Your loss becomes the seller’s gain and you are stuck with a car that’s not as good as you thought.

Read through this article to make sure you never find yourself in such a situation.

To avoid being a victim of an odometer rollback, here are a few things to do:

If it’s an analog odometer, any evident physical tampering could be a cause for concern.

If you notice the numbers are slightly crooked, have uneven spacing, or are difficult to read in any way, your odometer may have been tampered with.

Spotting digital odometer rollback may be very difficult but there are a few signs you should look out for.

You can check if the interior of the car (the driver’s seat, the steering wheel, and the brake pattern) matches the mileage and paperwork.

You can also create time to hire a professional to look at it before purchasing it.

While staying in the vehicle, you can watch out for wear and tear that could indicate the age of the car and an approximate miles it could have traveled.

How To Verify The Actual Mileage Of A Car?

The best thing is to have a professional check of the car – they are experts in checking each part to accurately assess the age of the vehicle.

Though they may have all the expertise to verify the mileage, a trip to the car shop can be stressful and inaccessible.

So here are a few things you can do on your own to confirm the true mileage of the car.

With the VIN in handy, you can immediately verify the mileage of the car using an online VIN decoder tool.

The VIN (Vehicle Identification Number) is unique to every car – not the make or model but the physical vehicle. With VIN checking websites, like detailedvehiclehistory.com, you can see the full vehicle history report at various timelines.

You simply need to provide the VIN number to get a report with the mileage history and to verify if the odometer has been altered.

You can go through the car documents to make sure they match up with what the seller is saying and the car’s history.

In this case,  always request the original title and not a photocopy.

In an attempt to roll back the mileage, some sellers may present false documents to make it appear that the vehicle has fewer miles or repairs than it actually does.

Check The Car Yourself

There are many parts on the car you can check.

A quick glance around the vehicle can give you a hint of what you need to know.

Here are a few things to look out for:

Fingerprints on the inside of the glass or around the odometer are evidence of tampering.

This may happen if the vehicle was in an accident, and the odometer needed to be replaced, usually indicated by a sticker with the date and last reading of the old odometer.

You can also request to test drive the car – if the odometer numbers don’t move, it’s been tampered with.

As soon as a car is used, the pedals and the area around the driver’s side will begin to wear down.

These conditions indicate how long the car has been used.

If the pedals and driver’s side look excessively worn, but the car has low mileage, this may mean that the odometer has been altered.

Check the seat. Are the seats sunken and worn? Since car users rarely change their seats, this is a good indicator to know if the car has been in use for a long time.

In addition, if the seat adjustment mechanism is not working or broken or not working, it could be a sign that the vehicle is old.

Odometer rollback fraud is one of the most common issues used car buyers face.

Although this scam can be very difficult to detect, it’s still very possible to verify with a vehicle history report and physical examination of the car by a professional.

Do not let car sellers and dealers sell you a car for a higher price by tricking you into thinking the car is not as used as it seems.

Do not end up paying thousands of dollars for repairs and maintenance – you may likely spend far more than what the car is actually worth.

You can use our VIN decoder to easily verify if the reported mileage is the same as what you see on the odometer.

If you see any trace of tampering like scratches or fingerprints where they shouldn’t be, you have to trust your instincts to know that the odometer has been tampered with 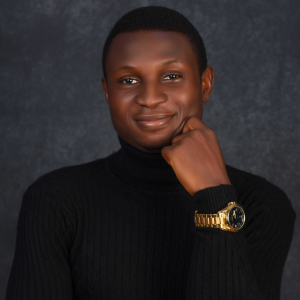